For those who don’t know, Shopify Unite is a yearly conference for developers and partners that takes place at a different location around the globe. This year was the largest gathering yet, taking place in Toronto last month.

We were lucky enough to have attended and had the chance to network, hear new announcements and connect with other Shopify experts. In this article, we cover the announcements that HeyCarson is most excited about as a small task expert team.

When Shopify announced that sections will now be available on all pages, it was met with loud applause. The customization that was previously only available on the homepage, can now be implemented anywhere on your Shopify site.

Why is this exciting? Because this will allow all pages on your site to be edited and personalized without a single line of code. This is the next step in the evolution of codeless design that gives Shopify store owners even more control over the look and feel of their store. Shopify is truly one of those companies that listen to its customers, so it’s no surprise that this announcement got everyone talking.

3D Modelling is the Future

One of the challenges of e-commerce is the physical dissociation that shoppers experience from the product they are considering buying. In a brick-and-mortar store, shoppers can feel, try on and examine items before purchasing, and online shopping must overcome this struggle to convince someone to buy something without having actually seen it.

Shopify believes that 3D modelling is the answer to this problem. It was announced that later this year, Shopify will natively support video and 3D model assets for products. Shopify will host 3D media and merchants will be able to manage it from a single location.

This feature could be especially important for products that people traditionally buy in-store, like furniture for example. During Shopify Unite these future 3D capabilities were demonstrated by a stroller – something most people would be wary of purchasing online. It was amazing to see it from all sides, and truly be able to get a feel for the product digitally.

We’re excited to see how HeyCarson will be able to assist shop owners in their 3D ventures!

Shops that offer unique online experiences retain more customers and build a recognizable brand. Niche shopping is gaining traction, from allowing shoppers to create their own designs to voice shopping, there are endless unique shopping experiences that go beyond the standard ‘add an item to cart’ process. Customizing your store to fit your product and making the experience a special one will be easier with the new custom storefront tools that Shopify will offer.

We won’t get too technical, but headless e-commerce allows stores to exist not only in the desktop and mobile worlds but on smartwatches, smart mirrors, and even Alexa and Google Home. This omnichannel support is another innovation Shopify is bringing to its merchants.

Is your e-commerce store ready to conquer the world? Shopify just made it easier through a slew of services, that include multi-currencies, translation, and localization. Let’s break it down.

We saved the best for last because we think this announcement is really big. Going after a major competitor that also offers fast shipping (no names shall be named), Shopify announced a huge investment into improving its fulfillment network. The ultimate goal is 2-day shipping across the U.S!

There will be a system that includes “…fulfillment centers where machine learning is used to automatically select the optimal inventory quantities per location as well as the closest fulfillment option for each of your shipments. Once available, you’ll simply install the app, select your products, get a quote, and begin sending us products.”

This feature will take care of shipping logistics, something e-commerce store often struggle with due to cost and lack of control over what happens after check-out.

The Future is Now!

HeyCarson’s time at Shopify Unite was well spent – we want to know how our customers will be affected by these changes and how we can help make the transition as smooth as possible. If you’re feeling inspired while waiting for these features to go live, why not check out some of the tasks we offer and start improving your store today? 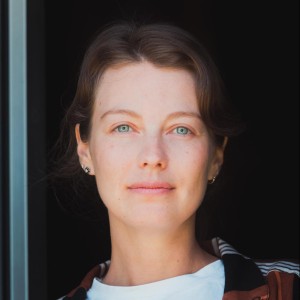 Tatiana is HeyCarson’s resident writer, focusing on tech, UX and all topics related to online shopping and the Shopify experience. She has been writing for over 9 years and has worked across many sectors, including tech-startups, real estate, and alcohol. Tatiana worked with companies big and small, from international brands to businesses that were just starting out across Canada, Australia and the U.S.