Shopify released a couple of new features in the annual Shopify Unite conference in June 2019. The main focus of the event was addressing challenges that come along with the global expansion of commerce.

This article explores the most interesting new features and how you can use them to grow your business. From multiple currencies support to new designs, here are the Shopify updates you need to be aware of in 2020.

The online store features enable you to improve user experience, attract customers and present products in the best possible way. Merchants can leverage the new features to access more powerful tools, delight their customers and express their brand.

The new design features simplify the way merchants create and customize their stores without writing any code.

Visual and interactive buying experiences significantly improve engagement and conversion rates. That is why Shopify has invested in delivering native product video and 3D animation of assets. This update provides storage and delivery capabilities through the Storefront API and Shopify Admin API.

Since October 2018, the option to sell in multiple currencies was only available for Shopify Plus users. This is no longer the case! Shopify is beginning to release this option for all users. The multiple currencies feature automatically adjusts the price based on the current exchange rates. This feature supports ten key currencies: EUR, USD, GBP, AUD, CAD, JPY, HKD, DKK, SGD, and NZD.

Shopify Point-of-sale (POS) is a mobile application used for transactions in a physical store or pop-up setting. For example, you can find products, swipe credit cards, process orders, produce receipts and take payments from your mobile device or tablet. Shopify invested in some new improvements in the POS System to support the growing need for direct-to-consumer brands.

POS cart app extensions enable retailers to see promotion and loyalty details directly in the cart. As a result, the checkout process becomes easier for customers and staff. The new checkout process includes:

Shopify is planning to further improve the POS systems in 2020 with features like a unified backoffice to sync inventory, customers, and orders across locations.

An efficiently run back office is crucial for ensuring a great buying experience. In 2019 Shopify released some new powerful tools that help merchants to manage their business.

Shopify developers can now use the Fulfillment API to give merchants more visibility and control over order fulfillment. This new API became officially available in October 2019.

The API provides the following features:

The new Delivery Profiles API enables developers to optimize the checkout experience by setting shipping rules for each product and location. This API uses GraphQL to get complete writing access to shipping settings. You can set shipping rules based on product attributes. For example, specifying if items are fragile or bulky. In addition, you can specify the location of the supplier. Lastly, the API enables you to reduce the dependency on manual merchant intervention.

Order editing is one of the most in-demand features for both merchants and partners. The Order Editing API enables developers to create more flexibility in the post-purchase process. This includes removing, adding and switching items before or after the shipment of an order.

In the past, only Developers could only upload images. New changes in the GraphQL Admin API allows partners to create, update, delete and retrieve videos and 3D assets. Media APIs leverage GraphQL to associate video and 3D models with a relevant product.

Previously, you could read or modify any metafield from other apps installed on a shop. Private metafields prevents you from accessing other apps’ metafield data. As a result, Shopify users can enjoy an extra layer of privacy and peace of mind when storing metafields on Shopify.

New products for developers provide access to more Shopify features than ever before.

GraphQL is an open-source data query language for APIs. GraphQL reduces the number of server queries. In addition, GraphQL helps developers to improve the quality of software with a well-defined schema. For this reason, Shopify made their popular open source libraries compatible with GraphQL.

The Shopify App CLI automatically generates the required code in a Command Line Interface (CLI) tool. With a CLI, developers can easily build their app without switching tools. In addition, developers can generate sample data such as orders, products, or customers. The App CLI works with any programming language and multiple operating systems, including Windows and Linux.

Shopify released the API versioning feature in April 2019 to ensure that changes to the platform are clearly communicated, predictable, and easy to adopt. Shopify developer must understand how the API versioning works and how your business can benefit from this feature:

The Shopify platform continues to evolve as fast as the eCommerce industry.  Some of the new features expected to come out in 2020 include a checkout app extension that will improve the purchase flow for subscriptions. In addition, Shopify will upgrade the Plus edition with features that ease managing multiple stores, and enable users to automate features.

In 2020, be sure to keep an eye on new feature updates that can contribute to your business growth. The sooner you’re aware of feature improvements, the sooner you can begin improving your shops.

This is a guest contribution from Gilad David Maayan. Gilad is a technology writer who has worked with over 150 technology companies including SAP, Samsung NEXT, NetApp and Imperva, producing technical and thought leadership content that elucidates technical solutions for developers and IT leadership.
LinkedIn. 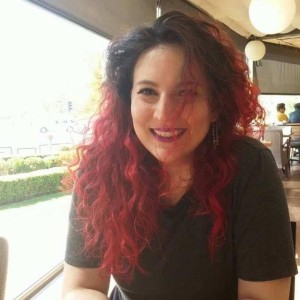 Aleks is a customer success manager at Carson. When she’s not helping Shopify merchants to understand how to increase conversion rate and develop relationships with their customers through their website, you can find her online posting stories on Instagram about her dog, and medieval castles, or in a local gym. She believes that a kind word and a gentle smile is a step to success.