Whether you’re a new Shopify store owner or looking to give your shop a new look, the number of theme options out there can be daunting, especially when it comes to price.

Shopify themes range anywhere from free to hundreds or even thousands of dollars — and are available from a myriad of different sources.

You get what you pay for

Like most things in life, the price you pay for a Shopify theme is often directly correlated to a variety of factors that contribute to the overall value and quality of the theme, and ultimately, the successful launch of the theme on your store.

Perhaps the most telling place where users of less expensive themes will discover a big difference is in the support provided by the developer.

In most cases, cheaper themes won’t come with high quality support — if there’s any provided at all. While this isn’t to say there aren’t lower cost theme developers out there providing great support, think of it this way — support requires well-versed agents to answer queries — and that costs money.

It’s also important to be wary of “sell it and be done with it” theme developers and designers that lack the infrastructure to provide quality support and updates, and therefore distribute their themes as one-off products that are sold “as is”.

Keeping a theme up to date, free of bugs and adding new features is an incredibly time consuming task that requires substantial resources and lower cost themes typically can’t justify the expense of this type of maintenance and upkeep.

The first, and perhaps most obvious place to shop for Shopify themes is the Shopify Theme Store. Not only are these themes directly accessible from within the backend of your store, they also come with a slew of hidden advantages.

There’s a key reason that buying from the Shopify Theme Store is often the best route — the themes featured here are extensively reviewed and go through a rigorous approval process before they can even be offered:

The advantage of buying from the Shopify Theme Store also extends into the realm of design, conversion and user experience:

Because of the minimum sale requirements for Shopify Theme Store offerings, the themes featured in it may be a bit less adventurous layout-wise than custom-designed shops and websites, but they often contain a higher level of features such as related products, navigation integration, galleries and more.

Often these types of features are expensive to code, but a developer with Shopify Theme Store experience knows those development costs can be spread among the higher volume of sales that are likely to come from having their theme available in the Shopify Theme Store.

Also, if you need to hire experts to customize your Shopify theme, higher quality Shopify themes are more likely to have well organized and flexible code to make tinkering easier — which saves time and money.

Shopify themes are also sold on hundreds of other marketplaces and websites, typically at lower prices.

While there are certainly many well-designed, well-coded and well-supported themes available on these marketplaces, the big wild card is that these themes generally don’t have the same approval processes or strict requirements.

In all fairness, many theme marketplaces do offer a bit more variety in terms of design features, including more unique features that may not have the “mass appeal” of those offered by Shopify — and if these components are important to you, then these marketplaces may be a better option.

However, buying a theme from another marketplace simply to save money can be a shortsighted approach. Because these themes are more likely to have lower quality coding, less quality control, fewer features and lower support levels, saving even a $100 on your initial purchase could end up costing dearly when you need help deciphering the theme files or want to go in and customize the code.

Think of your theme as an investment.

While a $150 theme may seem a bit steep, there’s a good reason behind that price. Remember: There’s a lot behind that cost other than just a fancy design. The theme developer has to invest considerable time and resources in developing code, testing it and providing support, all of which may not be provided or as high quality with lower cost options.

Remember — your Shopify store should be viewed as a business and most business owners agree with the adage “you have to spend money to make money.” Your Shopify theme purchase is actually similar to the cost of renovating a store to create the right environment for shoppers.

Also, as anyone who’s opened a brick-and-mortar retail store can attest, even a few hundred dollars for a theme is a small cost when compared to the incredible overhead of rent, utilities, renovations, furniture and staff — and e-commerce eliminates most of these expenses.

At the end of the day, if you’re not able to invest a few hundred dollars in your theme, it may be a good idea to re-evaluate if your business is even viable. Remember — setting up your online store is just part of the battle; almost every store takes more investments in advertising and marketing, among other expenses, to be successful.

Michael P. Hill is a Shopify, Shopify theme, content marketing, digital marketing and product management expert based in Chicago, as well as serving as a support representative for Shopify theme designer Out of the Sandbox. Follow him on Twitter at @michaelphill or connect on LinkedIn. 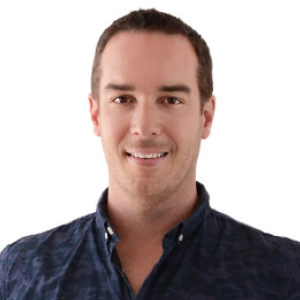